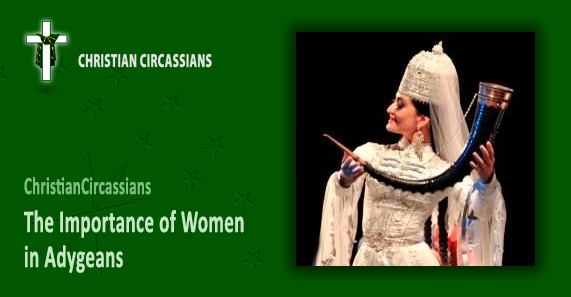 THE BIBLE: “Woman is the glory of man… Moreover, under the devotion of the Lord, women cannot be considered separate from men, and men from women. Because just as a woman is made up of a man, so a man is born of a woman. But everything consists of God. “
(I Corinthians 11: 7,11,12).

THE IMPORTANCE OF WOMEN IN ADYGEANS

All men sitting while the woman is passing must stand up, the woman must not continue to walk by intercepting the oncoming man.

Among these, all subjects such as sitting styles, speaking and speaking situations, who will speak and how to choose the person who will manage the speech, and the duties and responsibilities of the person are all shaped by the rules of Xabze. (From the book Women-Men, Old-Youngh Relationships in Adygeans, Rahmi Tuna, Adyghe Xabze – Adyghe Ethics and Label)

One of the most important national traditions of the Adygeans is the girl room.

The woman is free but protected.
Her thoughts are free but limited by Xabze’s rules.
Effective in social relations.
Adopted the national way of thinking and life.
This list; It is the function of the “ girl’s room ” in the maturation of an Adygean girl’s identity. So; The “girls room” created the future of both the young girl and the society.

When the young girl grew up, a ‘’girl room’’ was made by the family. The room belonged to the oldest of the sisters.

The visitors of the “Girls’ Room” were men. Men can be grouped according to their age and purpose as follows:

– Young people looking for a mate.

– Old men who want to convey their life experiences to the young girl.

The girl should have been able to chat with the men in all these groups and answer their questions properly.

A girl with reason, thought, oratory and good looks would never be left without guests.

The girl’s family would not be interested in visitors to her room.  It was the young girl who was responsible for hosting them. 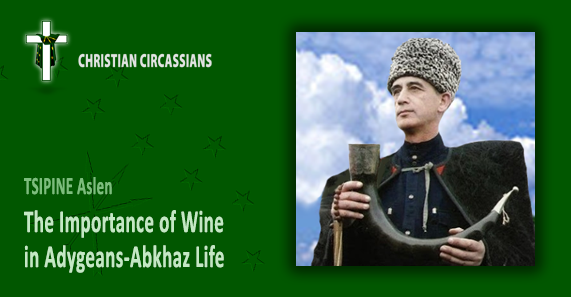 HOLLY BIBLE: Go, eat your bread with joy, and drink your wine with a cheerful heart, for God has already approved your Works. (Ecclesiastes 9:7).
Wine that gladdens the heart of man, oil that makes his face to shine, and bread that sustains his heart.  (Psalm 104:15)
Deacons likewise must be dignified, not double-tongued or given to much wine or greedy for money. (1. Timoteos 3:8)
Stop drinking only water and use a little wine instead, because of your stomach and your frequent ailments. (1. Timoteos 5:23)

“They (Adyghe-Circassians) are constantly raising a toast: in honor of God, on behalf of their saints, the health of their relatives, the memory of their deceased friends, in the memory of their deceased friends, remarkable bravery, courage, success, as if they were doing a ritual, they drink sincerely in respect and humility. . » Giorgio Interiano 1502 year. (Genoese historian, ethnographer, and traveler.)

If Fade is in our hearts, we are cheerful, smiling faces,
We pass the fast one,
We beat the strong.

It opens our minds, decodes our tongue.

He thought that in this way God would be pleased with the drinking method and behavior of our people.

The old Circassians used to think the drink was alive: Wine rises and descends in the barrel, “breathes”, “whispers”, “speaks”. When an unfavorable day was to be experienced, they believed that the drink would be aware of that dangerous situation beforehand and it was moving.