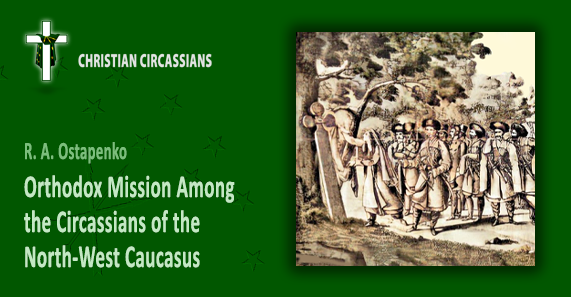 FOREWORD Each generation is rewriting its history. This truism seems to be becoming the norm of scientific historical consciousness.Modern epistemology recognizes that truth in historical knowledge is always contextual: it is conditioned by culture. to which the researcher belongs, his interests and value orientations. Moreover, some researchers, striving to overcome the “thirst for objectivity” inherent in the earlier Russian historical science, adhere to the idea that the “world of the past” becomes reality in accordance with the cognitive context. The author of this monograph has not lost his thirst for objectivity. Working in line with the classical model of historical research, he seeks to find out “how everything really happened”, trying not to introduce his own value orientations and preferences into the historical picture he creates. Therefore, he is true to the principles of historicism and determinism (causality). In accordance with this, in his research, the historical-genetic, historical-comparative and historical-systemic methods were used. At the level of metatheory, the methodological function in the study was performed by the theory of modernization. The empirical basis of the research was formed by fairly representative historical information obtained on the basis of a critical study of a diverse corpus of historical sources, historical materials of state institutions, military bodies and spiritual departments. To process such an array of source information, the author had to work thoroughly in various archives of the Russian Federation. Representative empirical information, as well as a well-chosen research methodology in accordance with the intention of the work allowed to obtain quite important from a scientific point of view results you.

First of all, one should pay attention to the fact that for the first time in historical science the Orthodox mission among the Circassians of the North-West Caucasus (1864-1917) was considered holistically and systematically. This made it possible to conceptually highlight such an important issue for understanding history as the history of missionary work. Orthodoxy has an outstanding, exceptional role in the history of Rossini. For a millennium, the Orthodox Church has been the national religion of many millions of people, has been and remains a common highest moral ideological substance, a recognized pivot of the socio-cultural development of the Eastern Slavs and neighboring peoples, regardless of the emerging forms of their changed social organization, correlations of internal social subordination, changes of elites, internal and external political upheavals, multiple redrawing of administrative borders. Orthodoxy has long merged with the special Euro-Asian mentality of the public worldview. represents a not always realized, but always present wide background of national consciousness, which in its own way, in the most general, vital, spiritually unites, makes understandable, naturally tangible universal, national unity, without which such a worldview is unthinkable. In Soviet times, the role of religion was almost completely ignored in historical science, and its spiritual, moral and social significance was not studied. This for a long time misled the public consciousness, inflicted one of the most tangible blows on the national scientific historical knowledge. Today, a big problem has been clearly defined before the scientific thought: to fully restore the true picture of the past, to eliminate the artificially created serious gap in Russian historiography. The research interest of the author of the monograph is directed to the history of missionary work in the Kuban among the Circassians, which immediately reveals the innovative potential of the work, since the topic remains largely poorly studied and has not been considered from this perspective.

In the monograph, the author gives a detailed historiographic essay devoted to the consideration of the reasons and conditions for the development of missionary work of the Orthodox Church among the Circassians, analyzes the state of the culture and spiritual traditions of the Circassian ethnos. Shows, as far as possible, the level of study of the legislative regulation of the activities of missionary organizations. their structure as a system with its elements and modes of functioning. When considering the issue of the scientific elaboration of the topic, he showed not only who studied what and what results were obtained, but also how certain plots of the topic were studied, what debated issues and research gaps exist. Thus, we have before us the history of the Orthodox mission among the Circassians of the Northwestern Caucasus (1864-1917). In all likelihood, the study of the history of missionary work was due, first of all, to the problematic nature of this issue in historical science. However, let us pay attention to the fact that such an idea of the subject of research could have formed only after clarifying the degree of scientific elaboration of the topic and formulating a scientific problem. The work of R.A. Ostapenko expands our understanding of the formation and development of the church organization in the Northwest Caucasus (1864-1917 gt.), Reveals the spiritual work of missionaries in their interaction with the Circassians. To study the Adyghe culture, it is necessary to look at the ethnos not only as a means of achieving economic and political goals, but also as a way to satisfy the fundamental need for a certain psychological stability of modern society, in the clarity of the rules of interpersonal communication in intercultural dialogue.

The emergence of these norms is due to the repetition of culturological interactions, taking into account the set of fundamental rules that allow subjects of the Adygean culture to regularly and uniformly enter into these interactions. In this regard, the cultural norms of the core embody a speculative model of these interactions, which makes it possible to predict the consequences of the activities of various subjects in the Adyghe culture, as well as relations and, accordingly, to build individual behavior within the Adyghe culture. The norms of the core of the Adyghe culture are expressed as a special known, logically formulated and unconscious rules of behavior, where the means are subordinated to the goal. Therefore, the cultural core of the Circassians is stable and relatively stable. permanent and generally binding. In this regard, the value core of the Adyghe culture can be characterized as an ideal, as a perfect example of the activity of the Adyghe culture. In the cultural ideal of the Circassian, the position of the subject in relation to reality is expressed, in which he assesses it from the height of the due within the framework of the cultural choice made. The culture of the Circassians was formed over a long period of time, it went through complex collisions and trials, including fsodal civil strife and the Caucasian war. Despite these and other factors, the Adyghe culture. while changing, at its core it has nevertheless remained as a stable system, not always open, but resistant to innovations and changes. All this affected the activities of Orthodox missionaries among the Circassians.

The highest level of stability in Russian society in the Caucasus was achieved in religious consciousness. Because it is in him that there is a solid understanding of what is possible and what is not. For the survival of society, these spiritual factors were necessary, spiritual and moral principles developed by the Christian culture were needed. Considering the history of the Orthodox mission among the Circassians of the Northwestern Caucasus (1864-1917), as an innovative impact on the culture of mountain peoples. it can be concluded that any new ideals can be perceived by an ethnos only if they have points of contact with the deep structures of consciousness by ethnic constants. If there are no such points, then any of the most progressive ideas will not be perceived by the ethnos, they will be perceived only for a short time, and then rejected. This happened with the spread of Christianity in the cultural environment. Circassians. The Adyghe ethnos reacted very harshly to the threat to their picture the world. This reaction took place at the systemic level, there was an ethnopsychological defense against innovations in culture, it did not depend on the will of specific people. In the minds of the Circassians, the need to participate in the protection of the ethnic picture of the world could be justified by a variety of reasons and manifested itself in the most diverse forms. For this reason, summing up the Orthodox mission among the Circassians in 1864-1917, the author concludes: “If we reduce missionary activity only to statistical data, then, probably, it can be described as unsatisfactory.

According to the results of 45 years, 60 people were baptized, it turns out that one maximum of two Adygs was baptized in a year ”. Some mountain ethnic groups, such as the Ossetian, accepted the innovative influence of Russian Orthodox Christianity, which means that the religious institution, after innovative influences, was entrenched in the cultural core as a tradition, which contributed to the Ossetians’ transition to the side of Rossini during the difficult war period of history. Other mountain ethnic groups perceived Islam as a traditional cultural institution, which characterized the liberation period in history as the banner of the struggle for freedom from the infidels. Therefore, for the Orthodox Church in the twentieth century, the ability to understand someone else’s mountain culture was gaining more and more importance, this meant a critical analysis of one’s own behavior, recognition of someone else’s cultural identity, the ability to include other people’s truths in one’s religious position, recognition of the legitimacy of the existence of many truths, the ability to build dialogical relationships, and to make a reasonable compromise with the mountain ethnos in the matter of Christian culture. The ongoing cultural changes in the 19th century in the Caucasus were increasingly subordinated to the logic of cultural communication. After the end of the Caucasian War, the older generation of highlanders, destined to fight the Russians, gradually disappeared. New the generation of highlanders grew up in new, different conditions, in a different history.

In the early 1990s, the wounds inflicted by the war gradually healed. The conditions of peaceful labor, peaceful living together with the Russians eventually reconciled the opposing sides. This reconciliation was to be promoted by the Russian Orthodox Church. The Orthodox Caucasian clergy was given the task of reconciling and enlightening the highlanders of the North Caucasus. Except specified. the study of Orthodox missionary work in the Ciscaucasian south of Russia has a cognitive and educational value. New generations of citizens should know the pioneers of Christianity here, learn to respect their selflessness and faith in the good of the business that has begun. Orthodox missionary work contributed to the gradual introduction of popular, advanced for its time, universal stereotypes of spiritual existence, the development of enlightenment, culture among the masses under heavy social oppression, the development of certain tastes and ideas, criteria for assessing everyday events, readiness to help others, made civilized forms familiar communication, including their continuity in the family, society. All that greatly contributed to national consolidation, mitigation of traditional and specific local social confrontation. One can argue, for example, about the essence of the Christian doctrine of obedience, love for one’s enemies, but this does not dismiss its general human positive content. Some provisions of the monograph by R.A. Ostapenko can be used in the development of a strategy for the activities of public authorities, as well as directly in the process of political practices. The materials of the work can be used in the educational process. Leading Researcher, ISEGI UNIC RAS, Ph.D. S.A. Razdolsky